Why Feedback Goes Wrong (And How To Do It Better) 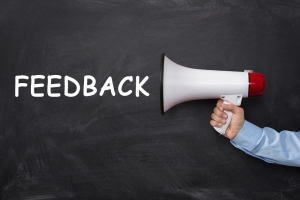 Mastering the art of giving feedback is one of the single most important things you can do as a manager. Without it, your team can’t develop. Poorly given, your team can go backwards through both, resentment or misunderstandings.

Feedback comes in two forms. Motivational feedback is when you’re congratulating or praising a team member for something they’ve achieved. Developmental feedback is where you highlight a performance issue or behaviour that requires development to improve.

Of course, the key lies in the balance of the two types of feedback, and in the manner of delivery.

1. Managers focus too much on one type of feedback and ignore the other. Many managers focus on developmental feedback, which is interpreted by the team as the manager only ever noticing ‘the bad things.’ Sometimes the manager does this because they personally appreciate developmental feedback so they think that others prefer this style too- or more commonly, that they themselves had managers who didn’t give motivational feedback so they’re not accustomed to its benefits. On the other end of the scale, some managers praise a lot but don’t offer enough feedback for development.

2. Managers don’t know how to give good developmental feedback so avoid giving it. A lot of managers haven’t been sufficiently trained in giving feedback, or have had poor role models in their own past managers. As such, no-one knows where they’re going wrong or how their performance could improve.

3. Managers don’t want to upset people so avoid developmental feedback. The results are the same as above, with the team stagnating at their current levels of skill and achievement, or even slipping back as they lose interest. 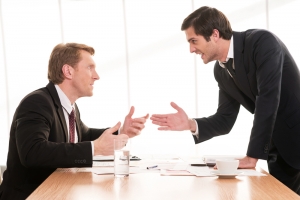 4. Managers don’t know how to handle a person’s reaction to the feedback. When an employee reacts to developmental feedback in a hurt, retaliatory or angry manner, the situation can escalate dangerously if the person giving the feedback doesn’t carefully manage the situation. Employees might also try to justify their behaviour or deny they did something, leaving the feedback session in an unresolved state that helps neither party move forward.

How to avoid things going wrong 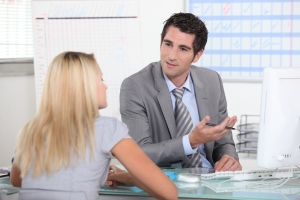 Managers often favour one type of feedback over the other or avoid feedback altogether, leading to misunderstandings, feelings of under-appreciation, and ultimately disengagement and employee turnover. However, it is both easy and rewarding to learn to deliver feedback in a way that motivates, encourages, and guides your team towards greater performance.

At Excel Communications we have delivered Leadership and Management training over 30 years on most continents in multiple languages. You can view the results we get for clients here. Alternatively call us on +44 (0) 1628 488 854.