The 4 key Stages to Building a High-Performing Team 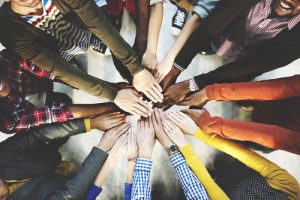 Not all work teams are created equal. Unfortunately, many companies realise to their dismay, that what they thought was a crack team of highly skilled and motivated professionals, to perfectly execute a project quickly, unravels and is left floundering.

Many elements affect how a team performs, from differing and clashing personalities to overriding ambitions for power and control.  So discovering ways they can all work together long term as a functional team, or short term bringing a project to completion, is essential for any organisation.

For leaders and companies that successfully develop a high-performing team – one that is highly motivated and productive – the benefits are enormous and can be felt right around the organisation and beyond.

Not only does the company become far more efficient, with higher productivity and lower costs, but it also stands to become more competitive in the marketplace and get ahead of its rivals. Internal communications, as well as external ones, with customers, stakeholders and suppliers, also receive a boost from this vastly improved way of working.

What do managers need to know before they can start creating a high-performing team that gets the results required, instead of creating chaos and challenges?

In reality there are many management and team building models and all kinds of advice and suggestions from experts and mentors on how to precisely go about building a consistently high performing team; sadly, however some are much better than others

One of the most popular and enduring ‘team’ models, that many organisations have used to their advantage in transforming teams, is The Tuckman Model devised by Dr Bruce Tuckman.  While the model was developed in 1965 it’s as relevant now as it was then.

Dr Tuckman initially created the four stages of group or team development, and these he casually referred to as his forming, storming, norming and performing model.

He later realised, in 1977, that he needed a fifth stage to complete the process, and he introduced this as the adjourning, or mourning, phase. Here’s a brief rundown of how it all works:

As you’d expect at the outset of a team being assembled, the various individuals need time to get used to the new setup – and each other. This is often a process that happens over time.
A clear informal leader has not yet emerged, and the team are looking to their formal leader for direction. 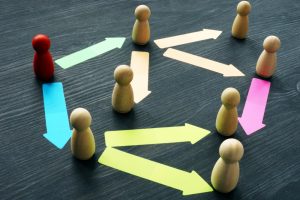 At this stage, there can be some suspicion, a lack of trust, no defined path to success and people are generally appraising each other and are not entirely committed to the team or project. They may need some encouragement to fully interact and become totally immersed in the workings of the team or project and their roles within it.

Here’s where it starts to get interesting, and it’s a critical stage in the life of a team, as it could all get a little stressful. That’s because various team members may be in conflict with others as their personalities and ideas clash; and indeed, it’s highly likely that some will attempt to make their mark by trying to change how things are done. 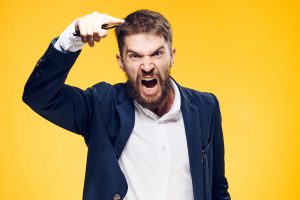 It can be an extremely frustrating time for everyone and also involve direct challenges to the leadership. If all this is not addressed there will be challenges involved with any team cooperation.  It’s vital to reassure those who are anxious and to keep some egos in check.

It’s important at this stage that leaders continue to communicate standards, expectations and boundaries. While at the same time continuing to create opportunities for the team to have an element of social time to get to know each other better; as this will help build trust.

All being well, you reach the next stage of what may eventually evolve into a high-performing team. Here, team members settle down and start to work together towards their shared goal. They begin to develop trust in each other and recognise their individual strengths and weaknesses as they relate to the project.

Creativity can really blossom at this stage and everyone becomes more confident in what they’re doing and recognises their overall purpose. Encourage team members to keep on doing a great job.

The team is moving forward now, achieving their goals and perhaps even surpassing them. They have become a high-performance group and are efficient at what they do; the effects are being felt all around the organisation. The team is working as a collective unit, and everyone is a true team player, not a lone-acting individual. At this stage, praise team members and set goals even higher to keep them at the top of their game. 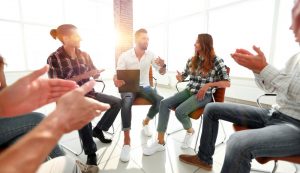 Many high-performance teams are short-lived, designed only to work on a certain project that has a defined lifespan – say, six months, a year or more. At this fifth stage, that was later added by Dr Tuckman, there’s a sense of unease or disappointment among the high-achieving team members as they realise the work they’ve so loved doing, and the routine they are so used to, is coming to an end.

They may not even have anything to go on to. It’s important here that managers applaud them for what they’ve done – either direct praise or something like an awards ceremony or other special event that relevant people attend.

Building a high-performance team is like having a baby: You need to nurture it and pay close attention to its needs so it becomes the best it can be. With an insightful model such as Dr Tuckman’s, you can raise a team’s performance to extraordinary levels and with relative ease.

At Excel Communications we have developed a number of leadership and management programmes that help organisations develop their own high performing teams. To find out more call us on; +44 (0) 1628 488 854