Mentoring vs Sponsorship: Do You Have One or Both?

In the past, I have often been asked about the differences between coaching and mentoring
and discussed this in a previous article. More recently my colleagues and I have found ourselves having conversations about ‘sponsors’ with questions such as;

What’s the difference between a mentor and a sponsor?

While the concept of mentoring has established itself with mentoring programmes being developed and formalised in many organisations, sponsorship seems to be the new kid on the block.

In this article I’ll share the differences and answer the fundamental questions on most peoples’ minds that are mentioned above.

A Few Definitions To Start 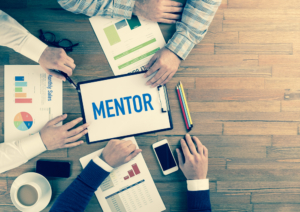 I often find with these kinds of topics that definitions are a good place to start.
Mentor: In simple terms, a mentor is an adviser.

Sponsor: I had to do more than a few Google searches and wade through the classic marketing definitions and sports funding examples to find these two definitions:

1. One who presents a candidate for baptism or confirmation and undertakes responsibility for the person’s religious education or spiritual welfare.

2. One who assumes responsibility for some other person or thing.

While neither definition fit the bill perfectly, what struck me about both was the word ‘responsibility’.  As I researched this whole topic further I came across the following, which for me sums things up perfectly.

Back then to the earlier question of what’s the difference? One is an adviser and the other takes action. Let’s look at these roles in a little more detail.

What’s the Difference Between a Mentor and A Sponsor?

A mentor is someone that can provide perspective on your role, career and situation. They can help you understand your strengths and areas of improvement to allow you to shine in your organisation.

In addition, they can be a great sounding board to discuss challenges you are facing and support you
to build self-confidence and self-perception.

A mentor understands the organisation and its politics and can help you to navigate the corporate ladder, which is invaluable if you aspire to senior roles in the business. Some people choose mentors outside their own organisation; while they won’t know the intricacies of a company’s politics, they still have valuable knowledge to add about working within and around them. 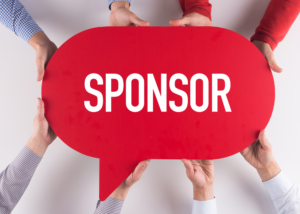 This is where the ‘adviser role’ shifts into ‘taking action’. A sponsor is the person that could make your potential career aspirations a reality. When a person decides to sponsor you, it’s because they believe in you. It’s worth remembering that the sponsor also has a lot at stake when they choose to sponsor you, as their own ‘personal brand’ now includes you as well as themselves.

A sponsor’s role can vary from making you visible inside and outside your own company.  They help with accessing project opportunities to assist with your development, through to applying for promotions and even with those sometimes uncomfortable pay conversations. Let’s not forget that we all make mistakes and a sponsor is there to support and protect you when and if you need it.

In 2013, The Center for Talent Innovation initiated a 2-year study of 12,000 men and women in white collar jobs across Britain and the United States. They found that sponsorship beat mentorship when it came to career progression, especially so for women struggling to climb higher than middle management.

Here’s a few facts from their research:

43% of male employees and 36% of females approached their manager and made the request. This increased to 56 % and 44 % respectively when employees had a sponsor.

Asking for A Pay Rise

According to Hewlett’s research:

The Need for Navigational Help

85% of women and 81% of multi cultural professionals need navigational help. Mentors can help you to understand the unwritten rules and plan your route through these uncharted waters.

The most significant point for me is that the research suggests mentors prepare you to attract sponsors.
Returning to one of the original questions then about ‘do you have both or one?’.

Do You Have Both or One? 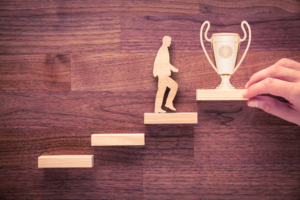 Both have enormous value to add and can support you to achieve your career goals in different ways. It’s worth remembering that a mentor generally will expect little in return for their advice and support, while a sponsor will expect you to deliver. Your success, or not, reflects on them.

In a previous article I talked about how to choose a mentor so I wanted to share some ideas on
how to find a sponsor.

The type of person you are looking for is someone who has:

If you haven’t considered a sponsor before and have serious ambitions to climb the organisational ladder, a starting point could be finding someone in your company who already has a sponsor.You can find out how they made this happen and if you have a mentor already, ask them who they would consider an ideal sponsor for you.

Excel Communications has over a 30-year history as a global leadership and communication skills organisation dedicated to exceeding the expectations of clients through the training and development of their business and people.