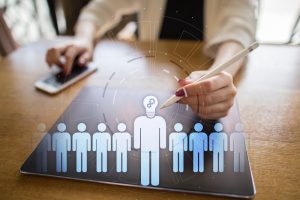 Over the last eighteen months, we have presented a series of webinars on the ever-changing discipline of leadership.

The ongoing debate for many organisations we work with here at Excel Communications is what makes a great leader in today’s shifting cultural and business environment.

So, can anyone be a great leader? Absolutely, provided they make a decision to step up and be a leader; which of course comes down to choice. Let’s explore this more.

Over the last 30 plus years, I have worked with many leaders in organisations across the globe.

Some act in the role according to what is expected of them.

However, true leadership isn’t about positional power, authority or a hierarchical system at its core – leadership is a choice.

Considering this, what are some of the decisions that an individual must make if their choice is to lead?

Your Background Is Irrelevant

We have already established that leadership comes from choice, not background. Ancestry rarely helps.

Here are a few examples to put things into context.

Benjamin Franklin was the son of a candlemaker with only a couple of years of formal education and yet is recognised as one of the most influential leaders in American history.

Bill Clinton, the 42nd president of the United States, was brought up by his grandparents and later lived with his mother and abusive alcoholic stepfather, who consistently struggled to make ends meet.

No political bias here – Margaret Thatcher was the daughter of a grocer from a small market town in the UK. Thatcher went on to become the first woman to lead a western democracy and served for 11 years during one of the UK’s most turbulent times; no mean feat.

I can share multiple examples from business too; I’m sure you get my point.

All these individuals decided to become a leader, which leads me to the next key element. 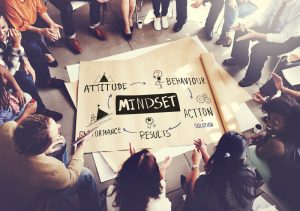 An individual’s thought process and mindset are key to what happens to them. As a leader, it’s critical to remember thoughts create feelings, which stimulate actions that consequently create our results.

A while ago Rachel wrote a post and subsequently recorded a podcast on developing a growth mindset based on Professor Carol Dweck’s work.

As a leader, it’s helpful to be aware of which beliefs you both hold and demonstrate so that you know where you are limiting yourself and consequently your team.

When you recognise these beliefs, you can choose to start making changes.

Great leaders are always learning. We are in a world where change is constant. Learning is our only way to stay ahead of the curve and lead our teams and organisations.

A few weeks ago, I was watching a re-run of a programme where Richard Branson was in the audience for a business mastermind meeting. He was taking copious notes. The interviewer later asked him why.

He commented that he wants to improve constantly and if he doesn’t continually learn, how will he do that?

A simple point well made.

One of the organisation Excel work with is Booking.com. We have worked with them for over ten years, developing their people.

As an organisation, they believe that developing their leaders is imperative. It’s working for them as they continue to dominate the online hotel booking space across the world. Have a look at our case study video that explains more about their development and learning culture.

Life as a leader is rarely sunshine, lollypops and roses; is it? The good news is that a leader’s greatest lesson will often come through failure.

Speaking from personal experience, it’s incredibly useful to fail because it shows you what works and what doesn’t.

There are many leaders who have failed before eventually getting it ‘right’. While the initial failure may dent a leader’s ego, eventually the lessons will be invaluable.

Choose To Develop Your Vision and Lead From The Heart 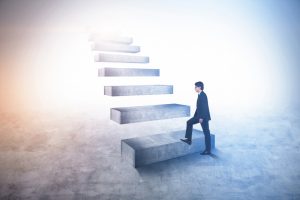 People want to be led. They are crying out for a leader who has a clear vision and leads from the heart.

Authentic leadership is another buzzword we’re all exposed to, and yet on reflection, it’s the logical way to explain what we all want.

As I write this post, it’s been a year where two global leaders are consistently in the headlines for their perceived lack of honesty and authenticity.

Our hyper-connected world can trip up any leader who isn’t mindful of the transparency of their word, thought and deed, which leads me onto a final point to embrace as a leader.

We mentioned the importance of sharing your vision with your team. Until you clearly communicate your vision to your team and tell them the strategy to achieve the goal, it will be an uphill climb to get the results you want.

Simply put, if you are unable to communicate your message effectively to your team, you can never be a good leader.

Words have the power to motivate people and make them do the unthinkable. If you use them effectively, you will achieve outstanding results.

Learning how to communicate well through words, actions and voice should be at the top of your to-do list. On our various leadership programmes, we help leaders at every level improve their capability.

If leadership is your choice, then focus on these suggestions as you develop your leadership career.

Excel Communications has a 30+ year history as a global leadership and communication skills organisation dedicated to exceeding the expectations of clients through the training and development of their business and people.  You can view our case studies here.