Are You Surviving or Thriving as a Leader? 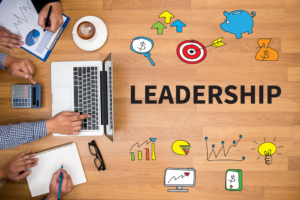 You may have come across leadership articles and blogs with a title along similar lines to the above and discovered a thing or two about;

Your strengths as a leader,
The fact that you still have too many fingers in too many pies,
You really do need to delegate more,
You aren’t quite enjoying what you are doing anymore so what does this mean?

I think you get the idea. However, I am not so sure that you will be expecting me to talk about
mental health in the work place and yet that is exactly what I want to talk about today.

It’s time to STOP mental health being a taboo conversation at work.

Here are a few facts to put this into perspective;

The 2013 Chief Medical Officer’s report estimated that the wider costs of mental health problems
to the UK economy are £70–100 billion per year – 4.5% of gross domestic product (GDP).

In recent years’ organisations have started to recognise the need to incorporate Health and Wellbeing into HR strategies as well as their employee benefits schemes.

However, while there is increasing media awareness of the need to be more open about mental health, including leading public and celebrity figures talking about their own problems living with anxiety and depression, mental health remains a taboo topic within many organisations.

Recently a friend who I have known for over 10 years and grown closer to over the last few years
confided in me that 20 years ago she was treated for depression and had time away from work as part of her recovery. It isn’t something she has felt able to talk about until recently.

This made me wonder who else personally and professionally I know who feel unable to discuss how they are feeling about what is happening in their own personal and work lives?

Imagine, if you have a team of six people, it’s likely at least one of them at some point will be experiencing these symptoms.

What’s equally concerning is that; 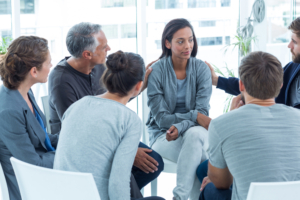 Having read these figures, like me you may be thinking about your own team and colleagues in your wider organisation.

What role then can we as leaders play today in creating work environments where employees are engaged and taking an active part in company health and wellbeing programmes?

1. Raising the profile of mental health and wellbeing in the workplace is an important first step.

2. Leaders have an opportunity to show courage and be open about their own experiences.
Organisations can create programmes that have senior leaders as champions of health and
wellbeing not because it’s in their performance objectives but because it’s important to them.

3. Undertake an organisational review of how managers are being developed in relation to
supporting employee engagement and wellbeing. From this, create a plan to further develop
your management team’s capabilities in this important area.

In summary, as leaders of individuals and teams, I believe if we truly want to tap into the many talents our employees have, we need to start paying more attention to their overall wellbeing
including their mental health.

Excel Communications has over a 30-year history as a global leadership and communication skills organisation dedicated to exceeding the expectations of clients through the training and development of their business and people.