What Makes a Great Performance Culture?

The below quote accredited to the late Peter Drucker is one of my favourites and is as relevant today as when he first said it.

While many organisations talk about culture and its importance, the reality is a number of organisations still don’t take a proactive approach to building and measuring their culture.

If you Google ‘what are the key challenges facing CEO’s’ one consistent theme appears amongst several and that is attracting and retaining talent, along with developing leaders of the future; no small task then?

Research from The Hay Group shows that 30% of the difference between teams and their performance is down to the  ‘climate’ they operate in; better known as culture. When you think about culture and who is responsible for creating a performance culture the most significant influencers in any business are its leaders. 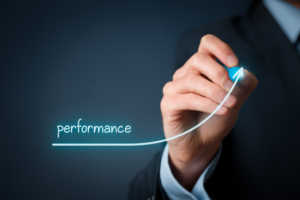 So What Can Leaders Do To Create A Performance Culture?

In the latest edition of the famous book by Sir John Whitmore; Coaching for Performance he introduces a model he calls the Performance Curve in which he refers to the following 4 stages with a specific characteristic that reflects the culture;

Stage 2 Dependent“ I follow the rules and do what I am told.”

Stage 3 Independent“ I am a high performer”

Stage 4 Interdependent “ We are truly successful together.”

In his book, Whitmore goes on to explore leadership styles and their impact in each stage. He describes how leaders can lead their teams from stage 1 through to 4 and build a high-performance culture; drawing on one essential leadership skill – Coaching.

If we look at the ‘focus’ of coaching at each stage, we can see how an individual’s mindset can change and evolve as a leader coaches them through the stages. 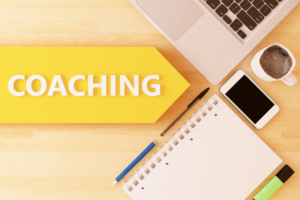 The Focus and Evolution Of A Coaching Culture

Here’s an overview of the purpose of coaching and what it achieves at each stage of the Performance Curve Model.

Stage 1: Here it’s about coaching to raise awareness and for team members to take personal responsibility.

Stage 2: This is about coaching to empower team members as well as support them to take ownership.

Stage 3: Now coaching begins to focus on widening an employee’s perspective and inspires them to collaborate.

Stage 4: Finally, a leader moves from individual to team coaching for a collective performance.

Like myself, you may have heard talk in organisations and talent development circles about creating ‘coaching cultures’ yet unless you operate in the human development world, it’s not as well-known that a coaching leadership style is actually the enabler of a high-performance culture.

Why? because coaching changes mindsets towards ‘interdependence’.

For those of us who have read Steven Covey’s The 7 Habits of Highly Successful People, we are familiar with the concept of independent ways of working and interdependence  Covey went on to say that a soon as anyone, irrespective of their role, steps from independence to an interdependent way of working, they are stepping into a leadership role.

For leaders then, there is a tremendous opportunity to start thinking about the core leadership skill of coaching, not only to develop team members skills, but as a critical vehicle to create a culture that is high performing by changing mindsets. 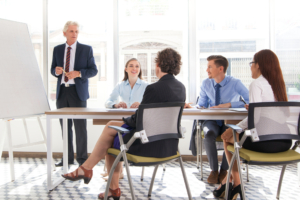 A few questions now come to mind which are;

1. What is the level of coaching competence in organisations?

2. Is coaching competence at a level where leaders can change employee mindsets?

3. How are organisations measuring culture?

In summary, if you are looking to sustain consistent growth in your organisation, the key is to create a culture that is high-performing.

Based on the research of Sir John Whitmore, coaching is the vital leadership skill that will allow leaders to achieve this. If you’re unsure about the coaching capabilities of leaders and managers in your organisation, now may be time to review this.

With over 30 years of experience as a global leadership and communication skills training and coaching team, Excel Communication continue to discover that ‘coaching’ isn’t a natural or easy skill for many leaders.

When you would like to discuss your organisations coaching capabilities further, our leadership training and coaching experts deliver programmes in various languages, across four continents. Get in touch today on +44 (0) 1628 488 854.